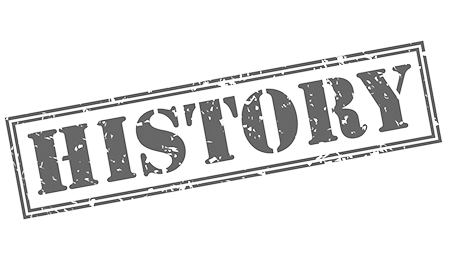 Although it is known that Baptists were meeting somewhere in Ludlow as early as 1812, not much is known of those early days. The commemorative stone over the doorway of the old chapel ‘Ebenezer 1868’ indicates the year of gathering and building in Rock Lane but the earliest minutes recorded are of a ‘Record of Belief’ of the Church based on Baptist principles and dated 24th June 1874 with the signatures of 18 members.

In 1877 the premises were transferred from the ownership of Rev William Owen to Mr James Evans and Trustees of the chapel, carrying out the wishes of Mrs Ann Bennet (a widow) to place the chapel in trust for ‘the use of Christians in public worship,’ holding the scriptural view of believer’s baptism by immersion.

Under the guidance of Rev Owen a fortnight of evangelistic meetings were held in Dec 1879 and 15 people came forward and declared themselves on the Lord’s side. The lay pastor at this time was Mr James Evans, a draper of King’s Street, and baptisms were held in the old Gospel Hall.
On 16th June 1880 a foundation stone was laid for a new schoolroom to accommodate 100 scholars. The day started at 6.30am with an hour’s prayer meeting, it included services and a public tea and speakers came from as far afield as Chester. The schoolroom included a baptistry and many conversions and baptisms followed.

A sudden gap in records now appears before minutes at the end of 1901 when we find a Mr CB Marston involved in a meeting regarding the ‘advisability of forming a Baptist Church and diaconate.’ The diaconate was formed at a meeting held on 2nd June 1901 and the first deacons meeting was held on 7th June.

In 1902 it was agreed to give donations to the Baptist Missionary Society, Zenana Mission and Baptist Centenary Funds. One of the deacons at this time, a Mr Powell, left Ludlow to live in Birmingham and became one of the founder members of Northfield Baptist Church.

Again there is a long gap in the affairs and business of the church until 1927, following which evangelistic campaigns are arranged for the early 1930’s involving Cliff College, Kensits and Wickliffe preachers and open air missions. London City Mission is also keenly supported. In 1937 Sandpits housing estate begins to be developed around the church and a further schoolroom is added. By 1938 the church is able to record a membership of 38.

Through all this period, and obvious lean times, the church, as it has during many times since, relied heavily on the faithful ministry of the word by Laymen but with the pending development of further housing around the church the membership in 1944 felt that a settled pastorate was necessary. The Rev G Hayes of Builth Wells was appointed and a church manse purchased in Gravel Hill. The membership of the church began to increase greatly, however the minister Rev G Hayes moved to further pastorates in Wales, and then Australia.

The next pastor was Rev FA Baker who came to Ludlow from Sarn, his ministry lasting until 1951 when he retired to Dover. In 1952 Rev TGR Tyrrell, previously a missionary in the Belgian Congo for 27yrs, became pastor and stayed for 9 years until retirement. On his departure the manse was sold and ministry passed to Sister Margaret Popham, as deaconess until her departure to Alvechurch in 1963. Sister Joan Magill followed for a short while, as did pastor Derrick Iles who ministered here until the month after the church’s centenary in June 1968, then moving to Wem.

In 1969, Rev John Davies came to the pastorate and membership of the church once more increased. The present church manse was purchased in New Street. He left in 1975 and a 2 year inter-regnum followed before Colin Waltham, a missionary from Indonesia took the pastorate until 1981.

In 1983 Rev Philip Hayden was inducted to the pastorate but just a year later was found to have cancer. He continued to preach and act as Chaplain to Ludlow College but sadly membership declined and he died in June 1988. The membership was now at a very low ebb and soon in single figures, however with the support of Mr Clifford Challinor of Pontesbury acting as Moderator, and again the ministry given by many visiting lay preachers, times of blessing and encouragement were still experienced.

The church building now became more and more a target for the local vandals but as its problems began to increase a new opportunity came forward to the membership. Surprisingly it came through the secular auspices of the South Shropshire District Council who, as part of an emphasis for change on the now demoralised estate surrounding the old church, asked the membership to consider being incorporated into a new community centre building (and its work) that they were considering for the estate.

With the valued help of the West Midlands Baptist Association, firstly through Rev Peter Eggington and then its missioner Rev Andy Bruce, negotiations and plans began to bear fruit. Eventually a joint call and appointment was made to Rev Ken Paskin to take on both the secular and church work of the new centre (now known as the Rockspring Centre) commencing on 1st April 1994.

Initial building and contractual problems caused some delay and due to continued vandalism and safety concerns the old building was boarded up and abandoned for worship in August that year. The small but growing membership used a local school for worship until moving into their new and present sanctuary, at the combined centre, in October of that year. The old church was demolished and the site handed over to the council in December 1994.

The old ‘Ebenezer 1868’ memorial stone can now be found in the new sanctuary as it awaits inclusion, at a later date, in a new porch entrance. Meantime we focus ourselves to the new vision and evangelistic opportunity the Lord has given to us, as the Ludlow Baptist Church (with its now 18 members as at its conception in 1874) through the use of the closing words of the 1968 Centenary Celebration leaflet of the old Rock Lane Baptist Church:

“In this brief history the writer would like to pay tribute to all the faithful workers of days long past. It would appear that the original founders had the hand of God laid upon them and possessed the courage and foresight to yield to His guidance. It is to them that the old Rock Lane Baptist Church owes its foundation and we thank God that their successors in the Lord’s work have had the faith to build upon the foundations laid. Many housing estates throughout this country do not possess, or have great difficulty in obtaining, a church in their midst. We have this incomparable blessing. Let us thank God for it, remembering Psalm 127 v 1 “Except the Lord build this house, they labour in vain that build it; except the Lord keep the city, the watchmen waketh but in vain.”

We believe that the Lord built this house…do you?

(Taken from the programme for the opening of Ludlow Baptist Church at the Rockspring centre.
1st July 1995).